Apple Needs to Care About The Book Store

I’m sure there are going be some fan-boi apologists out there that will say “but Apple doesn’t put these in themselves.” I say: Apple either cares or it doesn’t and it doesn’t look like they do.

What Am I Talking About? Two things: series, and sorting.

The Apple Book Store groups books by series they are in, which is very cool. When set up correctly, it looks like this: 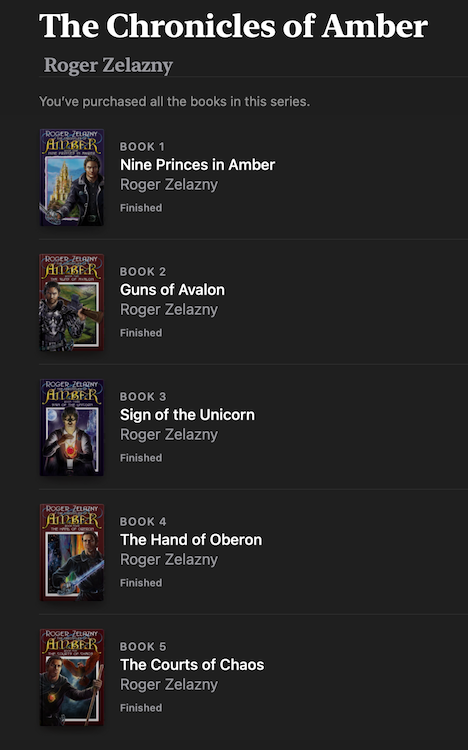 I use this to see what the next book in a series is when I want to buy it, and then to read it.

But take a step back, and the Zelazny section looks like this: 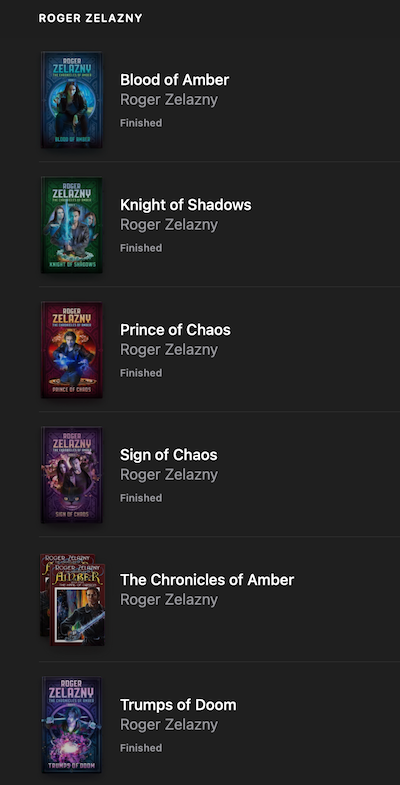 In my mind, the stories of Merlin of Amber are part of the Chronicles: books 6 thru 10. Even if you don’t agree with that, they are definately a series and should be in a “Merlin of Amber” series under Zelazny. Not listed separately like that. 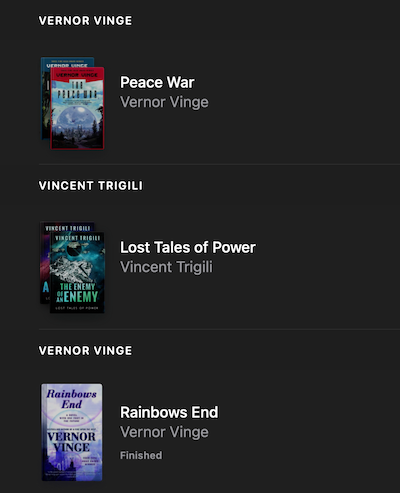 I long ago gave up by sorting on artist last names in music. Is Alice Cooper1 an artist or a band? But I still think of authors as having last names, and that we should sort on them. Charles Stross is called “Charles” or “Charlie”, but I categorize him and discuss him as an author as “Stross”. Last names are often more unique than given names, at least in the Western world.

Yes, there’s a lot of books in the book store, but computers should be helping these publishers do this correctly. Not standing by the side, or actively hindering them, as the case may be. Making it easier for me to tell what books are in a series cause me to buy more of them. If I can’t tell what books I own by an author I tend to be conservative and not buy any2.

Apple needs to give a shit.