My opinion of Al Gore has flip-flopped back and forth over the years. I mostly blame the media for this. Journalists for some reason are never kind to vice presidents, and so I pick that opinion up for myself. In years since, he is portrayed as a bunch of things, but of course the media picks the most sensational stuff, and so I sometimes have believed him to be a nut-job of the highest order.

I realize that I am human, and when I hear enough about something or someone in the media, I’ll tend to pick up whatever slant is presented most often. It is a fact of our psychology, and it is hard to avoid.

My current opinion of Al Gore, is mostly that I’m sick and tired of Al Gore.

When I came across an interview, I decided to watch, to hear something about Al Gore that didn’t come filtered thru the media. This is Al Gore in the words of Al Gore.

It is an interesting interview, and I’m really glad I watched. The interview only briefly touches on climate issues. The rest of it was really fascinating.

It is long, but I enjoyed the whole thing. Watch it here:

I’m sad. I don’t fit in a Porsche Boxster.

I carried my camera around for a couple of hours at DemiCon. I wasn’t very serious about taking photos. Most of them were shot in insufficient lighting with the camera in ‘P’rogram mode. So most photos were done wide open, and thus most photos had about 1/8th of an inch depth-of-field, usually focused on the tip of the nose. There were strange shadows. I was manually focusing, but didn’t care enough to actually focus all the time. People moved.

But a few came out nicely enough to share with the world at large, I think. I didn’t adjust white balance, but I did crop a few quickly. 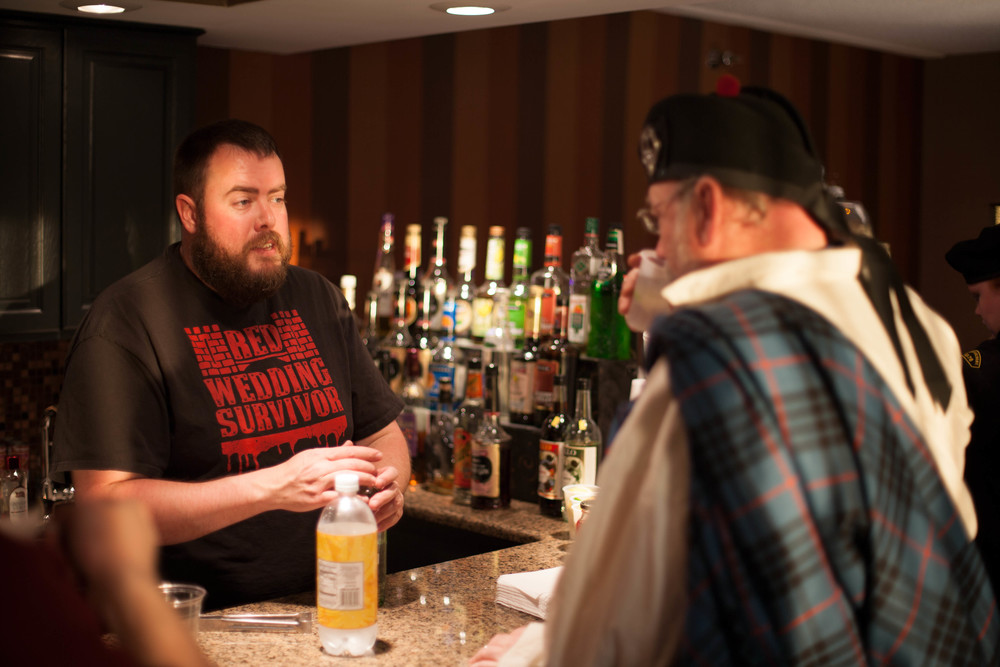 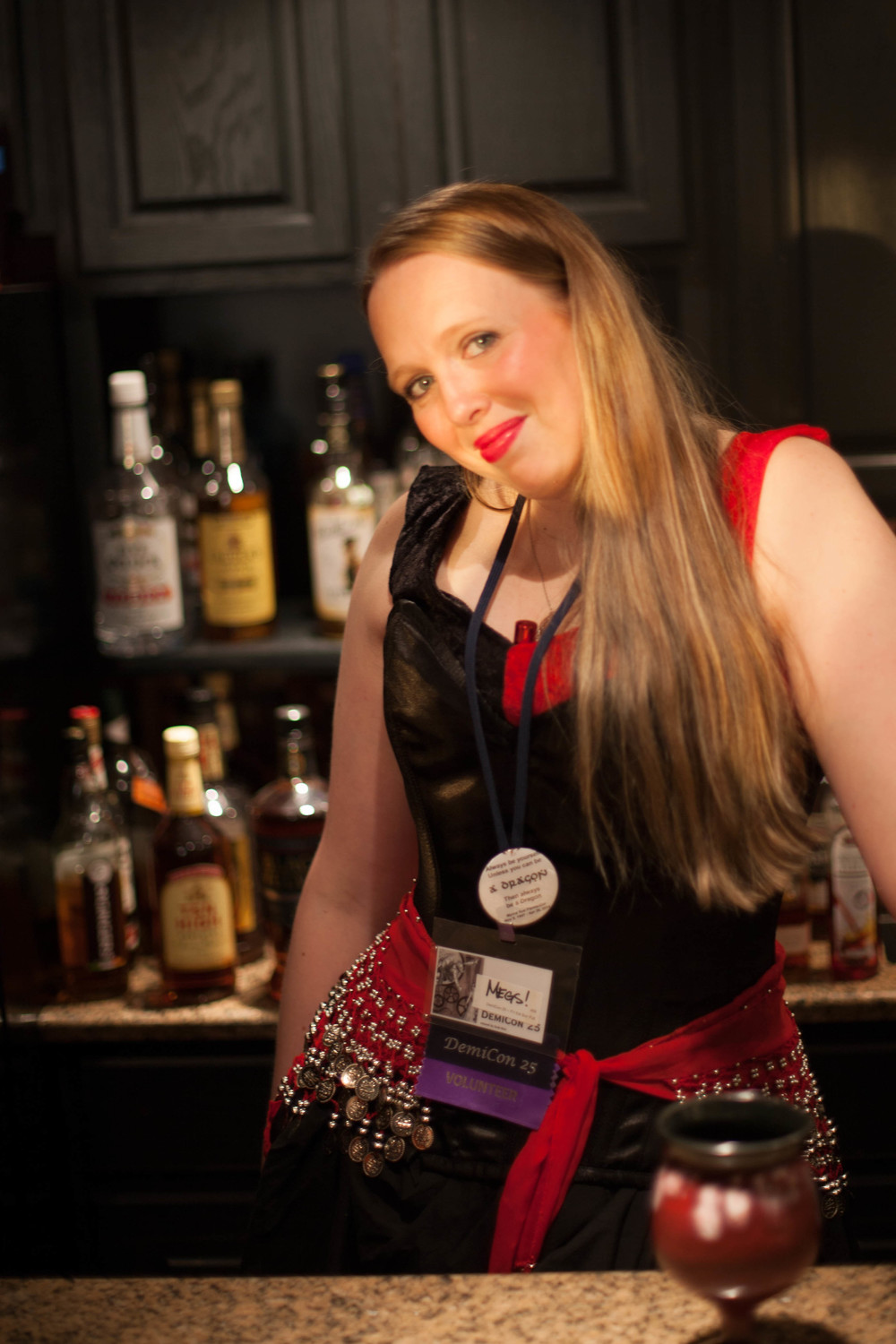 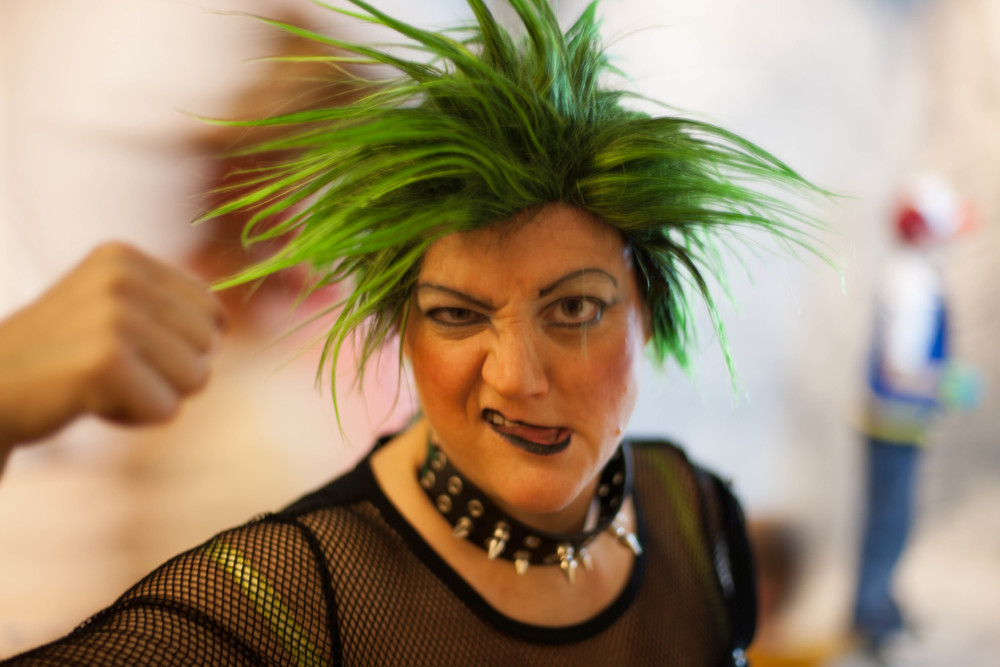 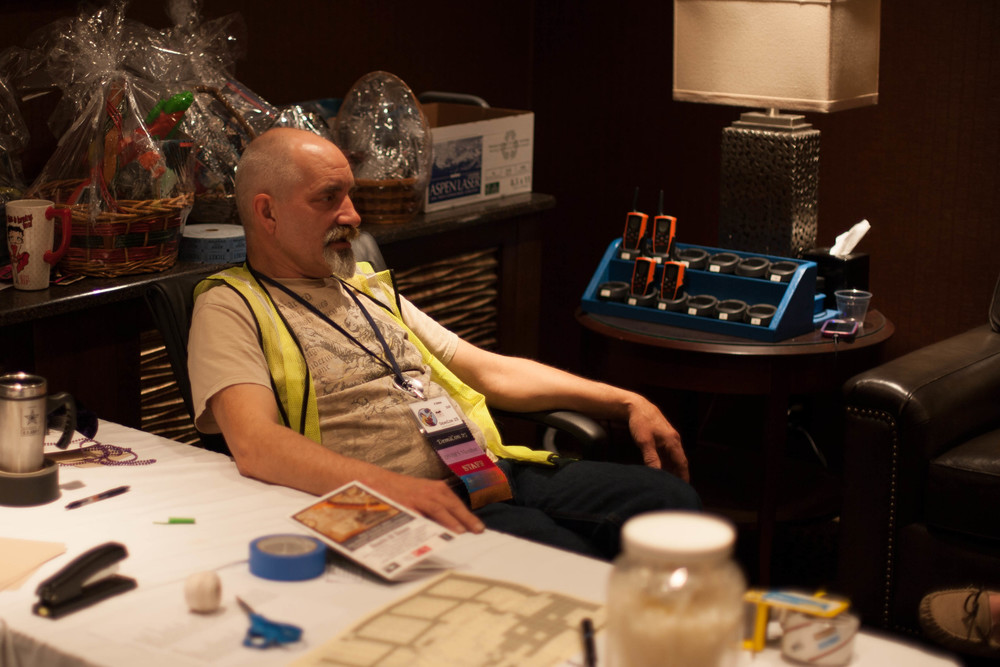 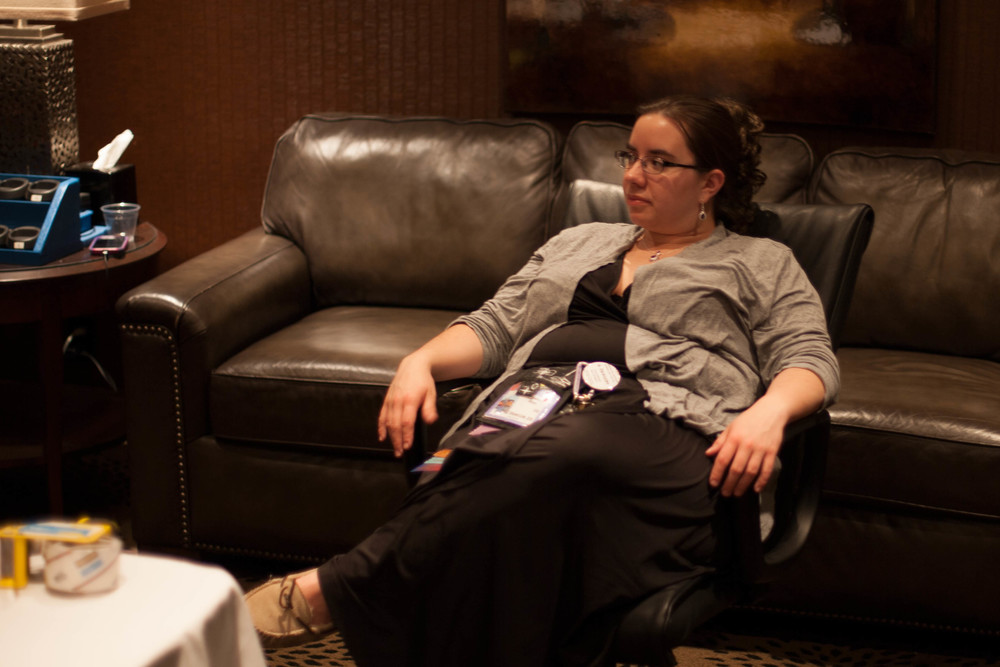 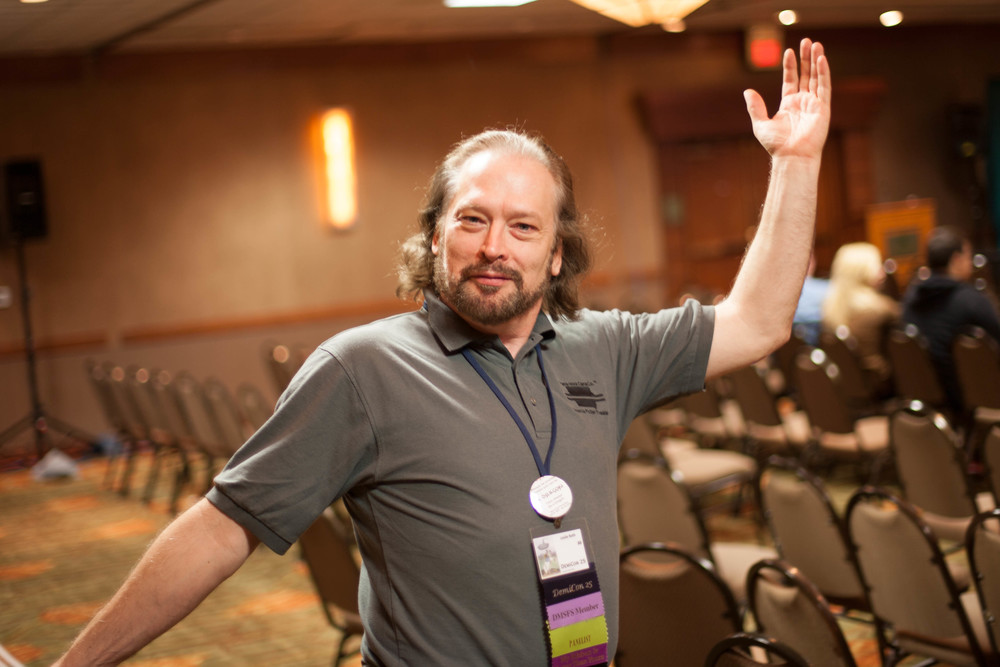 On Wednesday I looked up at the window over my desk, and there was a wasp flying around against the blinds. It took me a while of following it around, but I killed it with a fly-swatter in the kitchen.

Today (Friday) as I was getting a glass of water at the kitchen sink, I saw a wasp shaped shadow on the curtains over the sink. I killed that one with the fly-swatter too, and then a second one flew out at me. After following it around the kitchen for a couple of minutes, I managed to kill it as well.

That’s three in two days. Gonna have to look at the house, to see if I can figure out what’s going on. Off the top of my head, I’m guessing they are either coming in thru the range hood vent, or thru the badly-hung back door. Or the fireplace. Never used it, so never even think of it.

Start Button and Other Damage 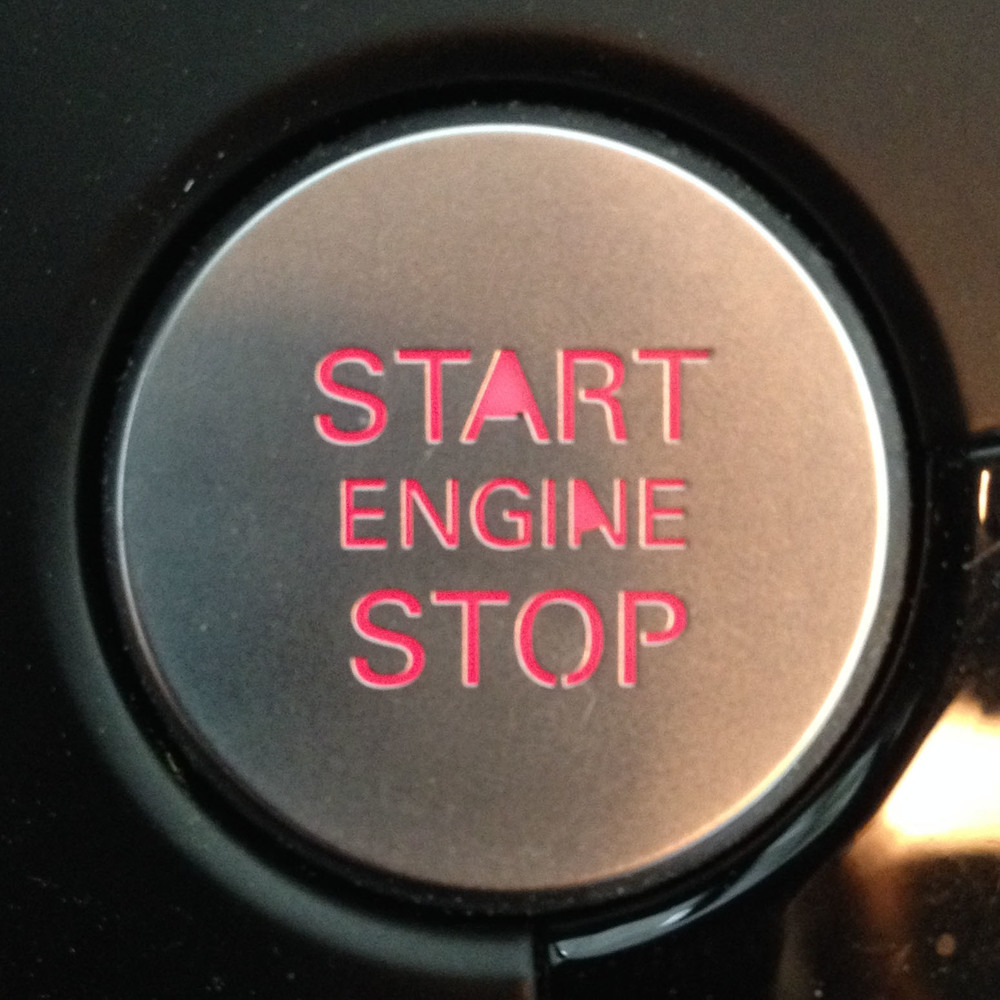 Car goes in next week for a new “Start Engine Stop” button. The foil is peeling off, and it is a warranty fix, so I’m gonna let them fix it before the car is out of warranty next month.

More serious tho, is the rattle under the car. They found it is a heavy steal cross-member that is bent, and contacting the exhaust pipe. They said you’d have to hit a pretty big rock or something with the full weight of the car to bend this thing. It is part of the bracing for torsional rigidity, and is heavy enough that they had no way to bend it back. It needs to be replaced.

That’s not warranty work, and is probably a 7- or $800 fix. Now to decide if that’s far enough above the $500 deductible that it is worth doing as an insurance thing. I’m curious what a body shop would say about it tho. Maybe they have a big jig of some sort that they can just bend it back for cheap. If it does end up being an insurance thing, might be time to get the second set of deer dents taken care of, too.

Going to give this blogging thing a try for a year, I think. Again. At assorted times, I get an itch to write a blog post, and you can do that here. But who knows if I’ll actually post anything after this. I won’t know unless I try.

And it isn’t outrageously expensive, or overly complicated. It is cheaper than a World of Warcraft subscription, and only mildly complicated.

It has been pointed out that posting a title of “Salmonella” and then nothing for 2 months could be a cause for worry. I figure no news is good news, but whatever. Mea culpa.

The cipro did wonders. I felt better the next day, and pretty much cured of all harmful symptoms by Monday. The cipro didn’t do a number on me either, which was good.

A couple of weeks after all that, I got a cold.

Yesterday morning, I had a Clif bar for breakfast, which was a new thing for me. I got two boxes of the chocolate peanut butter bars in the last grocery shipment. I didn’t want the chocolate ones, but whatever, I’ll get the ones I want next order. All part of the Wookie Improvement Project, to eat differently.

Wednesday afternoon, I was feeling a little pukey, so I left work early to get some sleep, since I had to get up early Thursday. I got home tonight, after having suffered thru all day of “stomach flu” symptoms, and checked my email. FreshDirect sent an important email saying that something I bought had been recalled because the FDA was investigating some peanut company for salmonella.

I have every, fucking, symptom of salmonella. And two boxes of recalled Clif bars in the cupboard. Go figure.

Supposedly, it usually goes away in less than a week. (Oh joy, should be an exiting weekend.) But I’m going to go check in with my doctor tomorrow morning anyway. Just in case. The biggest imediate danger seems to be dehydration, which I seem to be able to keep ahead of so far.

EDIT: Doctor says antibiotics and Gatorade. When I asked him (not my doctor, she wasn’t in today) about having too many anti-biotics, he recommended I take them, because it can be serious and I do have all the symptoms including, it turns out, a mild fever.

“Boob tube” just flows off the tongue. I’d hate to have to give up a perfectly good slang term.

I Think... I'm Turning Into a Mutant of Some Kind

Something strange has happened to me, and I’m not quite sure what to make of it.

The housekeeper came today, and made the Wookie Improvement Plan Location (my apartment) spic ‘n’ span, and lemony fresh. Today at work was kind of long, and I have a 2 day meeting Thurs-Fri that I’m dreading. So when I got home, I just wanted to chill, make a sandwich, drink a beer maybe, watch some inauguration coverage on the tube, and not go downstairs and get some exercise.

I didn’t want to go down there. It wasn’t in the plan. The Biggest Looser was not what I wanted to be watching. But for some reason, I did it anyway.

And that kind of thing is just so unlike me, I’m not sure I approve.

One of the funniest things I’ve ever seen.

Took me a moment to get it, but the painful laughter that followed was well worth it. Thanks!
Posted by: Kevin at January 20, 2009 2:01 PM

Hope all your partying was satisfactory. Hope you had fun. I hope for, and wish you, a fabulous 2009.

My only New Year’s Resolution is to not be such a whiny bitch at the gym.